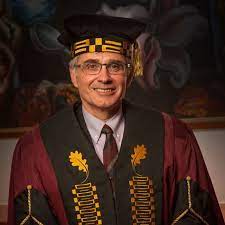 De Villiers addressed Maties students and colleagues in a video posted on YouTube on Tuesday.

He reiterated that the university strongly condemns the incident that took place at the Huis Marais residence over the weekend.

But, De Villiers says proper procedures must be followed to ensure that what he’s called “a defensible outcome” is granted to the situation.

“It is critical that thorough governance and procedures are followed for a decisive outcome that will allow for the full extent of law, as well compliance with the university’s governance regulations. Permanent expulsion and/or criminal charges are definitely not excluded from the possible available outcomes based on the investigation’s findings.

He added that a final outcome can be expected in the next few days, and will be communicated.

“The final outcome must pave the way to avoid any repeat of any similar breaches of the right to personal human dignity in the future on the Stellenbosch University campus”.

Now, another alleged racial incident at the university has surfaced.

The university’s Juridical Society says a female student was verbally assaulted at the law dance.