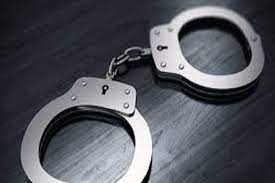 Cape Town police say they’ve arrested someone in connection with the murder of two members of the Dunoon Taxi Association.

It’s understood that three victims were approached by gunmen near the taxi rank on Thursday the 9th of June.

Two people were shot and killed, while a third was injured.

The police’s Wesley Twigg says they believe that the shooting is related to in-fighting within the taxi industry.

“The three victims aged 48, 43 and 35 were approached by one suspect opposite the taxi rank in Potsdam road, Du Noon. The incident is allegedly taxi-related and is being investigated by SAPS Taxi Violence Unit. A 36-year-old suspect was arrested, on the same day, shortly before midnight.”