The family has decided that the struggle icon will be buried at the same cemetery as her great-granddaughter, Zenani Mandela.

She will be laid to rest at the Fourways Memorial Park, north of Sandton.

Zenani was 13 when she was killed in a car accident in 2010 after attending the FIFA World Cup kick-off concert at the Orlando Stadium in Soweto.

The Presidency says flags will fly at half-mast and the nation will remain in mourning until Madikizela-Mandela’s official state funeral on the 14th of April.

President Cyril Ramaphosa has declared a special official funeral for the ANC stalwart.

The 81-year-old struggle stalwart passed away at the Netcare Milpark Hospital in Johannesburg on Monday after suffering from a long-term illness. 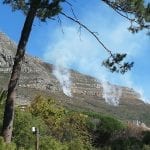