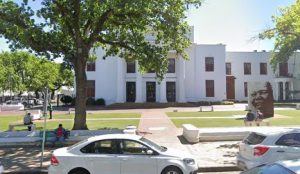 The office of the Public Protector says the appointment of two senior officials at the Stellenbosch Municipality was improper and constitute maladministration.

The two officials are Annalene de Beer as Director for Strategic Corporate Service and Kevin Carolus as Chief Financial Officer.

In 2017, de Beer was appointed for a ten-year period, despite the position being advertised as a five-year term contract.

Then, in 2019, Carolus was employed on a permanent basis – while his position was meant to be a 10-year fixed-term contract.

Advocate Busisiwe Mkhwebane says the decisions were unfair towards other possible candidates.

Mkhwebane’s investigation stems from a complaint by former councillor, Franklin Adams, in 2019.

Her spokesperson, Oupa Segalwe, says as part of remedial actions, the Speaker and Municipal Manager must report the appointments to Provincial Treasury.

“For a determination on whether or not the remuneration paid to both Advocate De Beer and Mr Carolus constituted irregular expenditure, as contemplated in the Municipal Finance Management Act.” – Oupa Segalwe, Senior Manager of Communications at the Public Protector

Municipal rates and taxes set to increase in Cape Town