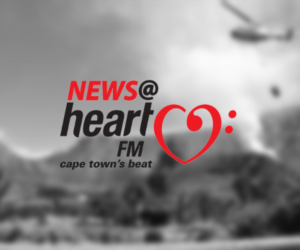 The 23% drop in road deaths in the Province over the holiday season dominated the morning.

As it should: that’s excellent news; 50 more people alive than the year before.

But it came with that caveat that we shared from Transport MEC Bonginkosi Madikizela.

In that regard, he’s echoing Cape Town’s JP Smith.

Just under 500 drunk driving arrests over the season – which represents a mere 5% drop from a year ago.

I’d like to separate myself from Madikizela’s comment that harsh penalties are the only way to change the behaviour.

I think education and propaganda to change the broader social mindset are very important tools as well.

But his point is that if people sense that the chance of getting caught is low – and that even then the chance of suffering consequences is also low.

So it becomes a calculated risk, with too little fear weighing down the equation.

From the Heart FM News team’s side, we’ll put some effort into examining the truth of his claims – although I fear that could take us a while.

And then we’ll take the idea where it leads.

*
Dust off your load shedding schedules: Eskom is running the country’s power grid on diesel again.

There’s an official warning of possible blackouts on Thursday evening.

Which neatly brings us to the fact that we’re two weeks away from the State Of the Nation Address.

In the last SONA, President Cyril Ramaphosa cast the die and said Eskom would be broken up into three business units.

he’ll need to report back on that.

And his pledge of jobs, jobs, jobs – especially properly-paid ones in accord with the minimum wage laws published in January last year –

It’s worth knowing that unions are at Nedlac demanding that it gets adjusted upwards by 12.5% to account for the inflation during the years it took to bludgeon it through the process of becoming law.

Elsewhere on the continent:

* In the Democratic Republic of Congo, military officials say at least 36 people have been killed by rebels.

* Palestinian President Mahmoud Abbas is on a diplomatic tour to try and mobilise support against US President Donald Trump’s Middle East peace plan – so it’s safe to assume that the prospects for that plan are pretty bleak. 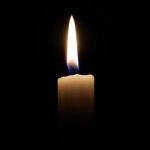