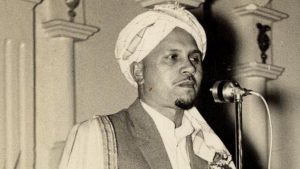 The National Prosecuting Authority in the Western Cape has welcomed the re-opening of the inquest into the death of anti-apartheid activist, Imam Haron.

Judge Daniel Thulare has been appointed to preside over the proceedings.

Haron was found dead at Maitland Police Station on 27 September 1969, after 123 days in police detention.

The first inquiry into his death, in 1970, revealed that Haron died as a result of falling down a flight of stone stairs.

But his family disputed that.

“Welcoming the appointment – Western Cape Director of Public Prosecutions, advocate Nicolette Bell, said many strides have been made in building capacity in the NPA to ensure that families of apartheid-era victims find closure. [She added] that history will reflect a more accurate truth of the realities endured by so many, during those years.”