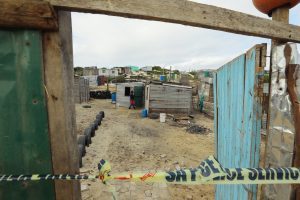 One of three people arrested for the murder of five people in Endlovini, has been granted bail of R8000.

Madoda Zwayi, appeared in the Khayelitsha Magistrate’s Court, on Wednesday.

The 34-year-old suspect was the first person to be arrested for the incident that occurred in March this year.

The Magistrate granted him bail with stringent conditions that he must not be in contact with State witnesses, and to sign at the local police station three times a week.

Meanwhile, his two co-accused, Thembani Kobe and Sipho Mgijima, have abandoned their bail.

The case has been postponed until early August for further investigation.