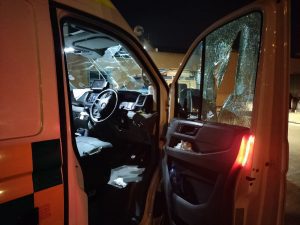 Earlier this week, an EMS crew was dispatched to an incident in Delft, when a brick was thrown at the ambulance.

The vehicle was damaged and fortunately, there were no serious physical injuries.

In a separate incident last week, paramedics were robbed of their belongings at gunpoint in Site B, Khayelitsha.

EMS spokesperson, Deanna February says these attacks will have negative effects for the most vulnerable communities.

“During 2021 there were 78 senseless attacks and from 1 January 2022 to date, there have been 9 attacks on EMS officials who risk their lives daily to save lives in the Western Cape province”.

City gets millions over stadium corruption