As heard on the Lunchtime News Wrap 07 February 2020

On Friday, political parties must submit candidates to serve on a panel to consider firing the Public Protector.

This panel is part of the new rules adopted by Parliament last year to deal with the removal of heads of Chapter 9 institutions.

It’s going to be a significant moment in our democracy.

And it’s highlighted the power of the individual who holds these posts.

Under Thuli Madonsela, the office was a bulwark against an increasingly out-of-control gangster state.

Busisiwe Mkhwebane has conversely been accused of being a shield against bringing those gangsters to justice.

Now, the new rules I referred to have been brought into being specifically to deal with her.

The panel must have three members; selected by the Speaker, and it has 30 days to deliver its assessment to the Parliament.

If it accepts a recommendation to remove, then a committee will be tasked with holding an inquiry.

The speaker is in charge of that process: deciding how many members will serve on it, and how the members will be appointed.

The officeholder must be allowed to argue in their defence.

If that report recommends removal, the National Assembly votes on it.

If a simple majority supports the question, the National Assembly must inform the president.

Of course, this process places immense power in the hands of the Speaker – who has always so far in our democracy been a member of the ruling party.

And the end-point is also a vote in parliament.

So, if the ruling party enjoys an outright majority, the culling – or protection – of these people ultimately lies in the hands of the Chief Whip of the majority party.

So, as this particular process unfolds – directed at a Chapter 9 head whose work has been rejected by the Judiciary several times, and whose political overreach has been astonishing (I’m thinking of the debacle over her recommendations on the Reserve Bank’s mandate here) expect opposition parties, in particular, to hail the process as a milestone for democracy.

And in this one instance, it’s easy to argue that it is.

But keep those flaws in mind.

Sometime in the not-too-distant future, we could be in a situation where these rules are used to stifle the ability to curb Government excess. 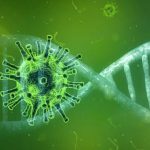