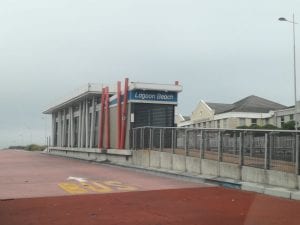 We should be backing the workers on some of their demands

The bus strike is still on – but late Thursday, the unions expressed some positivity over the fact that employers and themselves are both still at the table in front of the CCMA. There is realistic hope that we’ll see a breakthrough today or tomorrow.

The City of Cape Town says that more than 200 000 Capetonians have to find other ways of getting to and from work.

The current situation is that the two parties are 5% apart – which is pretty substantial. To give you context, though – IOL (Independent Online) gave a nice, detailed background to this. They say bus drivers are currently on a minimum wage of R6 070 a month – which is frighteningly low for people who have so many lives in their care. They’re wanting R8 000 – and extra consideration for drivers of specialised buses, like the concertina-style double length (or even triple length) vehicles, which unions argue – seemingly self-evidently – are specialist driving skills.

But that’ll be significantly dragged down by compounding inflation. And let’s be clear that the relatively low inflation number we get pitched is a universal measure: for many people, real inflation impact happens at the supermarket till – and that makes a 3-year deal extremely risky.

Food price inflation, according to Trading Economics’ website, is currently below 4%. But for the first half of 2017, it was lurking close to 7% – and in August last year, The Citizen reported that the Pietermaritzburg Agency for Community Social Action food barometer for January, which prices a “nutritional basket” of food items – biased towards lower-income household purchases – had increased by 16.5% year-on-year!

We go to the polls next year, that result could affect the value of the Rand. Donald Trump might tweet something with predictive – or even predicatble – text that shakes the markets. Bird flu could drive the price of eggs and chicken up.

There are a vast number of ways that the cost of a packet of essential purchases could rise in price. And that makes a long-term deal an unpopular choice among workers.

But there are other demands where concessions could be made that allow for some “toe-nadering”. One is specific to long-distance buses. On these trips, there’s an alternative driver on board: absolutely essential for road safety. If the main driver gets tired, or feels poorly, there just has to be another option. But these second-stringers don’t get paid full pay to be on the bus on standby. According to the articles, they get a R400 a month allowance.

And they get no allowance for accommodation on these trips.

As end-users, road-users, and humans; we have a vested interest in hoping they win this particular point. Of course, there could be information we don’t have – but on the face of it, it looks like the bus companies are putting road safety way below profit on their priority list. The issue of driver fatigue and unhappiness on our roads – especially in light of the horrifying road death statistics we conveyed again this week – that’s an issue that does affect us all quite directly.

And don’t forget that Transport Minister, Blade Nzimande, is lurking in the background, fuming about the huge impact the strike is having. He wants buses running now, while the parties bargain – so he could pressure the two sides from within Government.

Most Heart FM listeners will generally think beyond how this sort of industrial action affects them personally, and see the bigger picture in the context of equitable employment practice, and the rights of workers. And we have a vested interest in keeping our roads safe.

So, let’s hope that these secondary demands provide the negotiating space to reach a package agreement. And let’s hope it’s soon.