The new tobacco laws are on their way, and the public comment window closes on Women’s Day – Thursday, 8 August..

A bit of background maths suggests that this means roughly 15% of our adult population smokes.

Which makes this a big issue.

The Tobacco Institute of Southern Africa claims that number is way higher, at 8.2 million.

And here’s what the proposed new legislation will put in place:

Those are probably the big ones.

Thinking of breaking the law? Well, if you’re caught smoking in prohibited areas – get ready for a hefty fine, or up to 3 months in jail.

Here’s the REAL problem with all of this:

It needs to be policed.

The existing legislation is already routinely flouted in a number of places.

I believe that any laws which exist that aren’t enforced, and – more importantly – encourage ordinary, otherwise law-abiding people to move into a position of opposition with the law, by definition erodes the rule of law.

Is the issue an important one?

YES. The W.H.O says 7 million people die from causes directly attributable to smoking, and – worse – 900,000 of those are from secondary smoke.

According to the Tobacco Atlas, more than 42,000 South African are killed by tobacco-related diseases each year.

So something needs to be done.

But, according to a graph published by Trading Economics – the existing regime of taxation and legislation has only produced about a 4% drop in the prevalance of smoking in the past 16 years.

Interestingly, a UCT study found that what we HAVE achieved is a shift away from smoking being a lower-income scourge: the behavioural change has been most dramatic among the poorest sectors of the country.

So, it seems fair to ask whether the resources that are going to be thrown at enforcing the new laws might not be better used on education.

And its also fair to raise the question of whether there ARE enough resources to enforce this properly – or whether the process will just damage the status of the nation-state and the Government’s control of it.

Public comment on the proposed legislation should be sent to lynn.moeng@health.gov.za before close of business 09 August 2018. 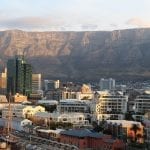 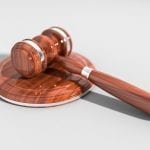