Transport Minister changes the rules twice in one day

The day started with us having to tell you NEW new rules for taxi travel.

To keep it simple: taxis can now carry 70% of their normal number of passengers.

Focus on that, and remember it, because it’s been a confusing 24 hours. The bottom line is that mini-bus taxis licensed to carry 15 passengers, can carry ten – while a taxi licensed to carry 22 can now take 15 people.

This confusion over one of the most important components of protecting the flow of essential goods and services is entirely down to the Minister of that portfolio – Fikile Mbalula.

He met with taxi industry leaders yesterday, and emerged from that meeting conceding huge ground – even allowing for taxis to be filled up if people were all wearing masks.

It was a terrible decision that went further than just shredding the imperative for physical distancing – it created the highly dangerous potential to create two classes of commuter, where those without masks would be pushed to the back of the queue.

That would make getting a mask a priority, and almost certainly lead to incredibly counter-productive pracrtices like swapping masks with other people, using any mask you found lying around, and creating masks – because “gaartjies” would become the arbiters of whether a mask meets the required standards.

The idea that someone on the Executive was unable to foresee those dangers is very concerning.

It was no big surprise that just 5 hours later, Fikile Mbalula went back on his agreement with the taxi industry, although he held the 70% rule.

Now he claims it was on the back of public response, although that could be a face-saving device, and the facts might have been made clear to him from another source.

But in saying that this was the reason for the change, he again leaves his leadership in doubt.

We have acquiesced to the effective suspension of many of the key features of democracy because we believe that we’re best served by a central command structure.

But that agreement is based on the assumption that we’ll get clear communication issued after careful consideration of the goals, and that the science and logic of those decisions will override the desire to be popular.

Historically, at pivot points like this, there’ve been many governments that did the right thing, and which were then punished for it in the next election.

Mbalula is clearly not cut from that cloth – and his resulting indecisiveness is dangerous.

An immense amount is going to change when we emerge from this crisis, and we can only hope that someone’s keeping notes on what some of those changes should be. And, notably, who should be changed.

The DA’s John Steenhuisen is one of those note-takers. We’ll be monitoring progress on his party’s call to create a Parliamentary an ad-hoc committee to ensure Parliament can exert greater oversight on the executive.

The police ombudsman is another. Keep following Heart FM News to get more details on how to deal with instances of police and army staff behaving like thugs.

In terms of the spread of the disease, the latest data is that there are 1,380 confirmed cases in the country.
That’s a mere 27 up on yesterday.

But as we’ve discussed a few times – that will change dramatically soon. In fact, the Health Minister – Zweli Mkhize – sounded exactly that warning, saying “This may be the calm before a heavy and devastating storm. We may not get further warnings before the pounding descends.”

The consequences of poor leadership in these times could be devestating. 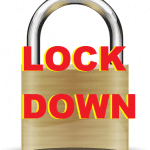