It’s all about not transmitting the virus

As heard on the Lunchtime Newswrap on 18 March 2020

This is going to seem familiar.

Because it is. The subject is much the same as the past few days – and some of the content is identical.

That’s deliberate: we’re collectively engaged in a brainwashing exercise. We have to change some of the most basic human behaviours for the next while.
And that’s a tough thing to do.

But we need to do it so we can flatten the curve.
That phrase is the key to everything here.

“Flatten the curve” is a statistical term that talks to slowing the spread of the virus. It’s brilliantly illustrated in an article in the Washington Post.

Current estimates by top-level scientists, like Dr Marc Lipsitch of Harvard’s Centre for Communicable Disease Dynamics, are that anything up to about 60% of the global population will contract CoVid19.

That implies that you are going to get the flu at some point, and it’ll be this coronavirus that causes it.

You’ll deal with it like you do most flu.
So, for many men, you’ll regress to childhood and need your partner to substitute for mommy and do everything for you while you tell them how lucky they are they don’t have it as bad as you.

And for everyone – vitamin C, decongestant, maybe cough medicine, and if you’re smart – brandy at otherwise unacceptable times of the day.

And then 80% of you’ll get better.
Another 10% and even more will have fairly severe symptoms – but still not life-threatening.

So you’re not being asked to minimise human contact for yourself.
This is about other people.
Especially that few percent in the mortal danger zone.

Because we not going to win in some way that justifies a military metaphor.
This is test cricket from a position of imminent defeat; a war of attrition.

All we are really trying to do is slow things down so that the number of people needing ICU doesn’t outstrip out capacity to provide that level of care.
The number of beds in hospitals is finite, and everything we’re being asked to do is aimed at keeping that fact from becoming a disaster that decimates our nation.

If you’re fairly healthy, it really really isn’t about your desire to not catch the virus, it’s about your commitment to not pass it on.

They’re a strange balance to this, that voluntarily keeping apart from other people is one of the best possible examples of coming together for the good of other people.
We’re in this together in a very real way – and we get our best outcome by being as apart as possible.

And this time, we have the technology to achieve that closeness of spirit without physical proximity.

Somewhere in the world, one person said let’s create a safe zone for the most vulnerable to do their shopping. As you heard on Heart Breakfast this morning, Pick n Pay has designated Wednesday morning for that.

This morning’s exercise didn’t go that well everywhere – due to stock shortages – but we can expect things to be better next week.
We can also expect other retailers to follow suit.

And Pick n Pay was a day or two behind retailers in the UK and Australia.

So one person with a cellphone has created what will become a global phenomenon designed to protect those most at risk.

This is a species-wide challenge for humans – but its also a test case for our humanity.

Help others understand that it’s not about not catching the virus, it’s about not passing it on. 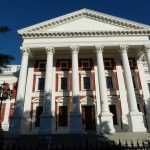 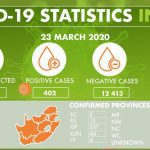