The 25th anniversary of Chris Hani’s murder is a noteworthy event.

At that point, the Apartheid Army and Police were still intact, and overwhelmingly loyal to the regime, the IFP and the ANC were still literally at war in KZN – and elsewhere by proxy – and the ANC’s self-defence units were being bolstered by returning hardened uMkhonto weSizwe war veterans. Moreover, the AWB was still a significant force (the Storming of Kempton Park World Trade Centre was an event two months in the future).

In short, as we try to assess the failures of the revolution to deliver on things like the land policy – the anniversary of Hani’s assassination (and, indeed, the passing of Winnie Madikizela-Mandela) are an opportunity to realistically assess the compromises that were made – and WHY they were made.

Conversely, as the privileged persist in trying to defend their position – and possessions – it’s an opportunity for them to be realistic about how incredible the process was that allowed them to enjoy an unbroken chain of privilege.

We have several accounts of just how close the ANC leadership came to losing control over their supporters in the immediate wake of Hani’s murder.

The anniversary of Hani’s murder should be an opportunity to spend time looking at the event and its context in fine detail. A lot of insight into where we are, and where we should be, could be gained from a detailed understanding of the event.

Sadly, the crowded current affairs agenda will sweep that opportunity away for most people and we’ll continue to hear a narrow, spin-doctored take on the events of 1993 – designed to further a contemporary agenda, rather than prompt the deep introspection that we so desperately need. 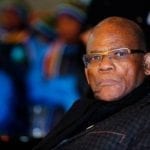