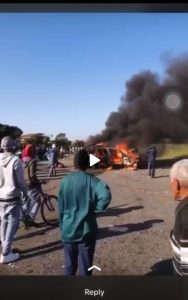 The man killed in an apparent mob justice attack in Parkwood, on Tuesday, might have been an innocent victim.

He was pulled from his vehicle and beaten up by community members convinced that he’d attempted to kidnap children in the area.

They then set his Toyota Avanza, alight, and pushed his unconscious body into the flames.

But, Nicole Jacobus, of the Grassy Park Community Policing Forum, says nobody can confirm whether a kidnapping even took place — and no case has been opened with police.

Investigation into the murder is underway – and hopefully, that will clarify whether or not the man can be linked to the speculation.

But Jacobus is pleading with community members to not plan or execute any attacks on people, based on what circulates on social media.

“We can’t go about just attacking anybody because of hearsay. We need to make sure of our facts before we go and post things on social media. A similar incident like this has happened in Hanover Park on Sunday, however, a person survived the attack. Sadly, with this incident today, the person has passed away.” 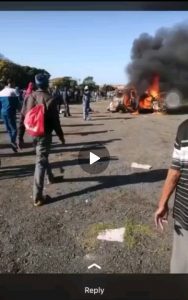 * Images taken from viral video footage of the incident.