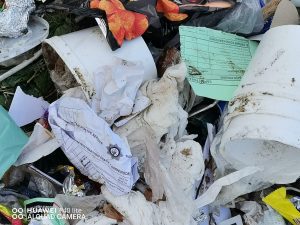 Police say no case dockets were among the waste material found dumped in an open space in Steenberg.

However, other confidential materials, used by the police, were found there.

According to Ward Councillor, Marita Petersen, these actions may cause further distrust in how matters in the community are handled.

While the initial discovery was made three weeks ago, Petersen claims more materials were dumped there the following week.

“The next week, the EPWPs [people working in the Extended Public Working Programme] actually called me and said: ‘Councillor, you should come down. We’ve got waste from SAPS again on the dump’. Again, it was torn-up documents, confidential records of…community members, evidence of rape kits. We found dagga that they [took] from perpetrators.”

The police’s Andre Traut says the management of Steenberg Police Station are aware of the matter.

“The circumstances surrounding the matter are currently under investigation. Once this process has been finalized, SAPS will be in a far better position to provide further comment on the matter.” 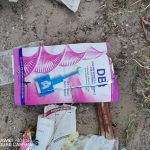 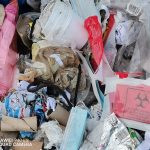 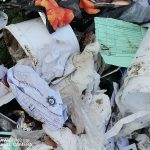 Police on the hunt for drive-by shooter