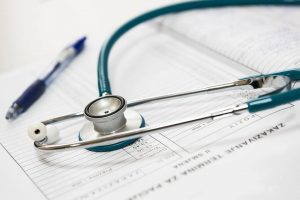 Cape Town’s health authorities have defended the decision to hand over clinics to be managed by the provincial health department.

The nine affected facilities are in the Northern Tygerberg, Klipfontein, and Khayelitsha areas.

This is where both the City and the provincial department offer health services.

The department will officially start to manage these facilities from 1 July 2022, and health officials say this decision is in line with plans to streamline and improve the quality of healthcare.

It’s believed the decision won’t have a significant impact, as local residents will still be going to the same facility to get their health care.

But, some Cape Town communities say they were not properly consulted about the decision.

The Tygerberg Sub-District Health Forum says residents are in the dark about the move to hand over the Ravensmead and Bellville South clinics to the department.

The forum’s Sheynain Benjamin says they don’t oppose the plan, but people need more details about it.

“The response that we got was very, very negative. They said they have spoken to community members and they sent us minutes and there was about 20% of that whole meeting that was community members. It was not meaningful, it was just: “we are doing this, and we will move out on that time”. The concerns wasn’t heard by the community, and the community doesn’t know what is happening.”