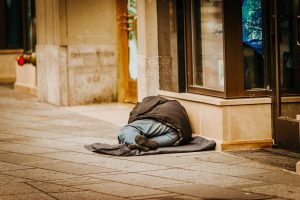 The City of Cape Town is willing to use the courts to direct homeless people into its shelter system this winter.

He says that with the coldest months of the year ahead, everyone should be concerned about this group of residents.

The Mayor does concede that one of the goals is to ensure that public spaces are available to all people.

The City-run Safe Spaces project has been utilised by many people over the past years.

In fact, around 1 000 people participated in its accommodation and development programmes last year.

But some NGOs say there are more than ten times that number of people living without homes in the metro.

Some homeless activists have criticised it for being too rigid, and limited in scope.

But Hill-Lewis insists this is all about helping homeless people.

The mayor does admit that it won’t be easy to achieve these goals.