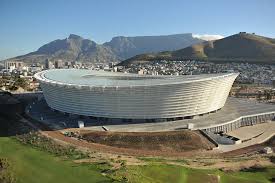 The matter stems from collusion between some construction companies related to building the FIFA 2010 World Cup stadiums across the country.

In 2013, the Competition Commission held a series of investigations into construction industry tender-rigging.

The companies that have reached an agreement with the City are WBHO, Stefanutti Stocks and Aveng Africa.

The Municipality will receive around R135 million, made up of a cash payment and social investment.

Hill-Lewis says he’s happy that the matter has come to an end.

“The settlement will see R93 million in cash payments to the City over a stipulated timeframe, and a minimum R42,5 million social investment of solar energy systems, guaranteed to the City for sites of its choosing. This settlement serves to dissuade collusion of this type in the future, and concludes what would otherwise have been a protracted arbitration. We look forward to constructive partnerships with all stakeholders towards these goals, based on principles of fairness and public value”.