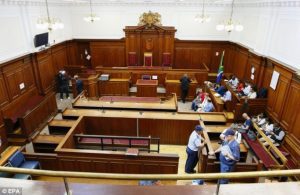 This follows the postponement of the case against the mother accused of selling naked images of her 4-year-old daughter on the dark web.

The 31-year-old Bonteheuwel mother was arrested by the FBI and Homeland Security in March last year.

And after more than a year, no formal trial date has been set.

Her next appearance in the Parow Magistrates Court is set for the seventh of next month.

Mckenzie says it’s worrying and embarrassing that the matter has been allowed to stretch out this long.

“Our government is not serious about GBV, if they were we would see more prosecutions and way stiffer sentences but sadly we seeing the exact opposite little to no prosecutions and even less meaningful sentences and that’s even if the case makes it to trial. We have begged, we have pleaded and we have an even implored and yet the community has received nothing. Indeed, this is a sad moment for our fight against GBV.”