By Graeme Raubenheimer and Lauren Paris

A Mitchells Plain activist wants the charges dropped against a local father accused of murdering his drug addicted son.

62-year-old Sedick Abrahams appeared in the local court on Wednesday.

It’s alleged he stabbed his 28-year-old son to death during an argument at their Tafelsig home earlier this year.

The father’s currently out on bail, and his case postponed to May.

Joanie Fredericks from the Mitchells Plain Impact Association believes Abrahams’ case should be thrown out.

“The court must pardon this man, he feared for his life,” says Fredricks.

She adds the son was a tik addict for 13 years.

The Social Development Department’s Sihle Ngobese says “…tik continues to be the most commonly used drug in the province”.

The case is similar to that of Ellen Pakkies’ who killed her tik addict son, Abie in 2007.

She received a three year suspended sentence and community service.

A movie about her story is due to come out later this year. 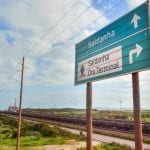 EDITORIAL: Opposition to Cape Town’s proposed budget is broad, but divided … for now