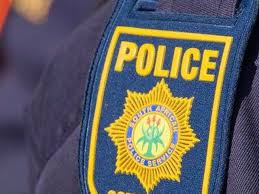 Western Cape Police management has confirmed that another police officer has been shot and killed in Cape Town.

The 26-year-old off-duty member was gunned down at her Delft home on Tuesday night.

It’s understood that two unknown gunmen opened fire on the Constable. She was declared dead on the scene.

This is the second police killing in less than three weeks in Cape Town.

On the 2nd of this month, 49-year-old Siyakubonga Mphakhati was killed near the Phillipi railway station.

“Eye witness accounts from the crime scene indicate that the police constable attached to Table Bay Harbour police station was standing in front of her residence with three other persons when unknown gunmen emerged and fired several shots in Gilo Road, Leiden in Delft. Detectives from the Directorate for Priority Crime Investigation (DPCI) have taken over the investigation. No arrests have been effected yet for the tragic incident”.

Rolling blackouts continue for the rest of the week