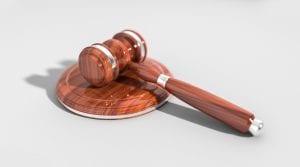 It was a big day in the courts on Monday where several high profile cases were heard.

Plaatjies who was convicted of the murder and rape of Lavender Hill teenager Rene Roman last year received one life sentence for rape and one for murder.

Two other convicted murderers will have to get well-acquainted with the inside of a jail-cell after they too were handed life terms.

This time for killing 33-year-old Kuilsriver mother, Zarah Hector. Ronaldo van Rooyen and Taufeeq Ebrahim were convicted of murder in May in the Western Cape High Court.

They were also handed 15 years for aggravated robbery. Hector was reported missing in March and her body was later found in plastic bags in a field near Paarl. Van Rooyen and Ebrahim opted not to testify in their own defence.

Also in the courts – A case which is still ongoing is, the Courtney Pieters murder trial. That is scheduled to continue today after yesterday’s session was cancelled.

The prosecutor in the case was unwell.

There’s intense pressure from the community to see her self-confessed killer – Mortimer Saunders – convicted of both pre-meditated murder and rape. 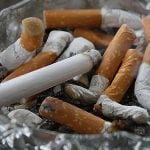 Editorial: There are questions about the new smoking laws – but not much time left to ask them 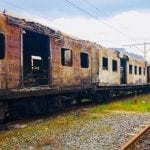 Passenger Rail Agency, Prasa was on the verge of financial collapse during the past financial year