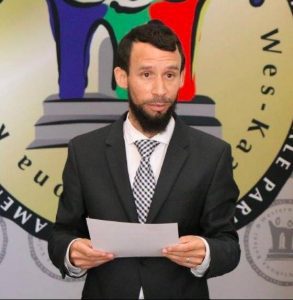 It’s understood that some people have asked the group to assist in curbing the ongoing violence on the Cape Flats.

In fact, its apparent splinter PAGAD G-Force, together with religious leaders took to the streets of Hanover Park on Sunday the 29th of May.

Suburbs such as Manenberg and Hanover Park have been plagued by an upsurge in gang violence over the past weeks.

Allen says he understands the frustration of people on the going shootings at their communities.

But he says requesting help from an organisation with violent tendencies isn’t ideal.

“History has shown us that violence is never the solution for violence, instead, what we’ve been seeing is just more bloodshed and more lives being lost. I cannot support any entity that act with impunity and outside the parameters of the law”.

Two dead in yet another Khayelitsha shooting