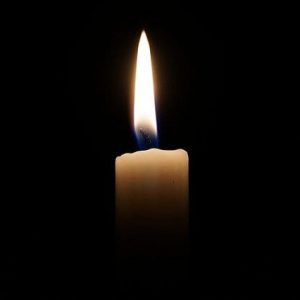 South Africans brace for a weekend of rolling blackouts as Eskom struggles to meet demand.

It was just other day when I mentioned how we hadn’t had loadshedding for a few weeks. Well, the man who switches the country’s lights on and off must have heard me because the rolling blackouts are with us once again!

Initially, Eskom had said that Stage 2 loadshedding would resume from 9 on Friday morning until further notice. It then later updated its advisory to say that rolling blackouts would happen all weekend until Monday morning at 6.

The ailing power utility says the power system is under severe stress and it had to use diesel generators just to meet demand on Thursday. In addition, the units that were expected to come back from maintenance were delayed.

So this once again highlights the massive shortcomings at the country’s coal-fired power stations.

We’re expecting some sort of a briefing from Eskom through the course of Friday …. but for you and I, the only advice is for us to keep those loadshedding schedules close and to keep our lamps charged and ready.

Stellenbosch University’s Dean of Engineering, Professor Wikus van Niekerk, spoke to us about the on-going court cases between Eskom and the national energy regulator, NERSA.

All three cases revolve around the struggling power utility demanding higher electricity tariffs to make up their budget shortfalls.

Their demands for a 16% tariff increase has provoked a massive public backlash.

Judgement in those cases has been reserved.

But van Niekerk says no matter the outcome, the public will end up footing the bill either way. He believes there are only two ways for Eskom to make money and that’s through higher tariffs or another government bailout.

To make matters worse, Van Niekerk is not convinced that even if Eskom gets it’s money, that it’ll be spent correctly.

On Thursday afternoon we went quite big with stories relating to schools … And more specifically, the shortages of teachers at Western Cape schools.

We’re continuing with that.

We heard the voices of the SGB at Fairmount Secondary School in Grassy Park who says they need more teachers at that school.

The provincial education department says a process is underway to address the issue of teacher shortages at schools. This follows a march by learners at Fairmount Secondary School in Grassy Park, on Tuesday. They say the classrooms are overcrowded and they want more teachers.

They claim that there are 40 or more children in some classrooms. The department says schools are assigned posts at the end of the year, for the new academic period. It now says a survey is being conducted this week to ascertain the number of teachers and learners at schools.

Spokesperson, Bronagh Hammond says a decision will be made after the process has been completed.

This is a story that we haven’t spoken about in a while, but it was well worth checking in. Arcellor Mittal and the closure of the Saldanha Bay steel works.

The latest there is that Provincial government has stepped in to help re-skill ArcelorMittal workers facing job losses.

This follows a decision to close the company’s steel-processing facility in Saldanha Bay.

About 900 people will become unemployed when the plant is moth-balled in the first quarter of this year.

A two day workshop will be hosted by the provincial departments of Economic Development and Tourism, and Local Government.

Meanwhile, Mayor Marius Koen, says these workshops will be helpful….

AND THEN LOTS MOVING IN THE INTERNATIONAL SPACE: Today is officially Brexit Day as the UK leaves the European Union.

Prime Minister Boris Johnson says it’s the “dawn of a new era”, as the UK prepares to leave the European Union after 47 years.

He adds that Brexit is “not an end but a beginning”.

Little will change immediately, as the UK begins a “transition period”.

Most EU laws will continue to be in force – including the free movement of people – until the end of December, by which time the UK aims to have reached a permanent free trade agreement with the EU.

AND THEN THE LATEST FROM THE CORONAVIRUS OUTBREAK: The new coronavirus has been declared a global emergency by the World Health Organization, as the outbreak continues to spread outside China.

The concern is that it could spread to countries with weaker health systems.

Meanwhile, the US has told its citizens not to travel to China. 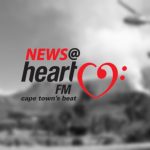 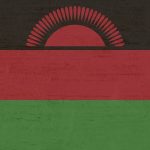