JUST IN: A GoldenArrow bus driver is lucky to be alive after he was shot six times.

The driver came under attack while he was driving a bus into Golden Arrow’s Philippi depot on Thursday night.

The company’s Bronwen Dyke-Beyer says the man’s since been stabilised in hospital.

“At this stage, the motive is not clear but we are working closely with the South African Police Services.

We would urge anyone with any information to please come forward,” says Dyke-Beyer.

Meanwhile; several roads have been closed due to a violent protest in Philippi this Friday morning.

“Govan Mbeki Road is closed between Stock Road and New Eisleben where we earlier had a truck that was alight in the roadway.

Also in the vicinity of Portland’s Road in Philippi, we have three buildings and five cars that were set alight,” confirms Coleman.

Legal
Connect with Us
Get in Touch
Copyright All Rights Reserved © 2021 / Website by Airborne Experience
President Cyril Ramaphosa has called on the #Afrikanerbond to get behind land reform in the country. 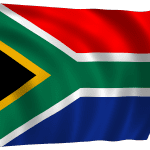