The latest national number of confirmed cases has increased by just 31, bringing the total to 1,686.

That’s a massive slow-down in cases – but again I’ll warn that we expect the mass screening to see those figures rising rapidly.

Just to be clear: that is not a problem at all – the objective is to keep the number of deaths to a minimum.

Here in the Western Cape, for example, we have 475 confirmed cases.

There are currently 26 patients in hospital, with 12 being in ICU.

The province has recorded 3 covid-related deaths.

At this moment, that’s not atypical in SA, with Kwa-Zulu Natal the outlier with 7 deaths out of only 257 known cases.

On a global scale, that’s still not a bad outcome.

And the idea with the mass screening is to get the data needed, and isolate the carriers to keep it that way.

Locally, the screening of people will resume today in Bo Kaap, Kraaifontein, Phillipi, and Scottsdale

In some ways, we’re throwing everything at this:

South Africans can expect to receive at least two SMS’es about Covid-19 every day from now on.

That’s one of the requirements of new regulations published by the communications authority, ICASA, yesterday. (Monday)

Service providers must also issue SMS alerts to all their customers when the Health Minister or President release statements.

The new rules also compel them to provide free data when users are accessing official websites offering information on the pandemic.

That’s an excellent intiative, and it goes further, the Authority is releasing new bandwidth on an emergency basis.

That’s to help service providers cope with a huge spike in demand for mobile devices to access the internet.

The new provisions come into effect immediately, and will remain in force until the State of Disaster is declared over.

ICASA is for once flexing its muscle for the benefit of the nation.

For the most part, though, its been the security forces flexing their muscles.

And there are concerns to be raised:

Police Minister Bheki Cele says that year-on-year statistics for the same week have shown a dramatic drop in crime:
Murder from 326 to 94; rape from 699 to 101, and assault with intention to inflict grievous bodily harm dropped from 2,673 to 456.
The so-called trio crimes- hijacking, and business and house robbery, dropped from 8,853 to 2,098

On the face of it, that’s great news.
The concern comes that with such a dramatic drop in key crime areas, we’re still looking at 17,000 arrests in a single week.

Glancing at the SAPS annual report for last year, a very rough rule of thumb is that in these categories, police arrest about a million people a year – or 20,000 a week.

So with crime categories dropping 60%-80% – but arrest rates staying level – we’re looking at a new category of crime, directly related to lockdown regulations, filling the gap.

Why this insight is important is that it gives a good sense of the heavy police action required to achieve those drops in crime statistics.

And doing so creates a similar number of new criminals.

And it really throws question marks over Bheki Cele’s claims that the drop is because of the prohibition of alcohol. He’s on record saying he wishes he could extend that beyond the lockdown.

It seems far more likely that restrictions on human movement, and massively increased numbers of enforcers – along with more stringent, and brutal, enforcement is the prime factor in the drop in crime.

But the General is not the only cheerleader for vicious enforcement.

It’s the DA in KwaZulu-Natal that laid criminal charges against a Durban man for creating and sharing a fake news post about the coronavirus. That’s the one that claims the testing kits used by the government is probably contaminated.

That’s a different type of crime – and self-evidently a danger to the national project to contain the spread of the virus.

But I have to warn against the viral spread of a different danger: a fascination with the joys of a police state.

We had one. And it was terrible.

National I Want You To Be Happy Day 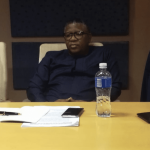 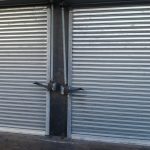