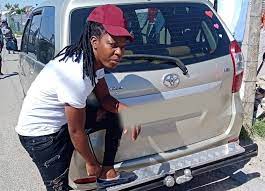 Nine people arrested in connection with the brutal murder of Abongile Mafalala in Parkwood, will appear in the Wynberg Magistrate’s Court, on Monday.

The suspects were caught last week Thursday, two days after the e-hailing driver was killed in a mob justice attack.

On Tuesday the 31st of May social media rumours of a child kidnapping reached the Parkwood community.

It’s understood the angry crowd had pulled Mafalala from his vehicle and torched it – while beating him unconscious.

His two occupants managed to escape the mob.

The suspects are also facing charges of robbery.

“We can’t accept such behaviour from any community. Once again I want emphasize and ask communities where you know an alleged suspect, call the police and ask for assistance. But never take law into you own hands, because you will find yourself in major trouble”.

Lwandle rocked by the rape of two minors