If you’re a bedroom artist or making music on the side, recording, possibly even publishing it online on the digital platforms…we’re looking for you and we’re looking to give you the radio platform to share your original music with Cape Town.. 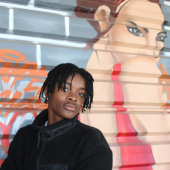 Update Required To play the media you will need to either update your browser to a recent version or update your Flash plugin.
Latest Show Content

Grade 7 learners applying for high school, but not being accepted at any of them, now what?