I remember listening to commercial radio as a youngster in London, super friendly DJ’s playing top 40 hits, announcing, back announcing, time checking, and wishing a pleasant morning, before “going to pay the bills”. It was a radio utopia for presenters, or should I say ‘announcers’. Gaining fame and fortune with relatively little talent. Ok there was a skill to it…understanding how to man a desk technically and perfecting the amalgamation of a standard set of around 30 sentences and phrases to be effortlessly regurgitated, creating seamless links.

Amazingly, I sit in the company of ‘consultants’ and listen to relics of that era at radio conferences today who still purvey the very same formula, while aiming shots at the new breed of presenters who desecrate the ‘art of radio’. My opinion couldn’t be more different.

Yes, the Dave Lee Travis’s and Tony Blackburn’s were relevant and great for their era, but radio, like the world of communication generally has moved a long way since. While commercial stations continue to employ and manufacture talent that fits the standard template, the clever bods – often found in the misjudged space of pirate radio – understand that the way to genuinely capture an audience is to communicate with them without putting on an uppity accent, without the repetitiveness of standard radio links, without incessantly laughing at stuff that really isn’t funny, without hotkey billboards into mindless features, without using the crutch of social media messages and without the baggage of the 1970 BBC radio “smile before you speak” handbook.

Being yourself is the new different…Like going to a dinner party and having a great chat with someone interesting as opposed to getting irritated by the tipsy pratt at the end of the table. So why, when marketers struggle to fabricate differentiators to sell product, are radio bigwigs perpetuating the play it safe policy? There’s an endless stream of talent out there without a chance in hell of a 6 to 6 slot, let alone a job in our industry. I guess it’s much like Premier League football in England where the top 6 buy readymade world class players instead of developing strong youth systems to ensure a conveyer belt to long-term success. 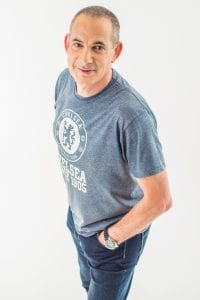 Radio sounds much the same across the urban landscape and with the decreasing pool of advertising revenue surely it’s those who focus in on ‘genuine’ content that will last the distance? Ad agencies are dying to integrate clients via NTR campaigns, but short of clumsy ‘studio bust’ type mechanics, the level of presenting style generally doesn’t allow for less obtrusive absorption. It’s embarrassing to begin to think that listeners might be taken in by a storyline that includes ‘kidnapping’ a presenter who will eventually be released if they SMS their name and number enough times. Ok, it may be deemed a bit of fun, but we’re talking to adults, not primary schoolkids…is that really entertaining? Is it engaging? Is it enhancing programming? Or for that matter, clients objectives? I say a big “NO” to all the above.

Unfortunately, many in the industry have a naïve understanding of content integration. But it’s not rocket science. The connection between Programming and advertiser has never been so important. While generic schedules and traditional competition mechanics play an important role, messaging needs to be amplified in a smarter way.

Which comes back to the importance of genuine programming, (content and presenters). Once a presenter has established him/herself as a person of trust, he/she becomes invaluable as (I hate to use the terminology) an ‘influencer’. Gone are the days of squeaky clean DJ’s representing the only space for product endorsement? Some of the world’s leading brands attach themselves to not-so-kosher personalities. UK fashion giant Fred Perry (as an example) linked with Amy Winehouse, sighting a natural affinity regarding her unique sense of style, reflecting the brand’s own historical reference points. The same applies to content itself. Brands don’t necessarily need to feature within fluffy bunny conversations. Recently, Range Rover took the world by viral storm, spraying a brand new ‘vogue’ with the words ‘cheater’ and ‘hope she was worth it’ then parking it outside ‘Harrods’ in London. Within a day or two, millions had taken a look at the sleek new offering. Nando’s practice a similar philosophy…smart, edgy, political statements that are shared amongst the social media community.

One of radio’s biggest assets today is its strength to power social media. The so-called ‘360’ approach, utilizing presenters who have the ability to relate a ‘story’ coupled with digital platforms is increasingly providing a hugely valuable and enticing proposition for advertisers to exploit…Recently, at the radio station I have been with since eternity, (Heart FM), on the instruction of our Programme Manager I created an ad offering listeners the opportunity to apply for a job; driving station vehicles and crossing live to studio giving updates on happenings around Cape Town. After a screening process, 25 applicants were invited to spend a morning at the studio. Here they were introduced to the Programming Department, made a short video and audio recording and sat with each of our team for a few minutes individually. As opposed to a formal interview process, we engaged in a very casual and comfortable environment. Chatting amongst ourselves afterward, it was clear that 2 or 3 of the applicants had the attributes required to work in the evolving radio space despite having no prior radio experience. A refreshing and enlightening approach that will no doubt pay dividends in the future!

Radio programmers who are comfortable with listenership figures while perpetuating and defaulting to the fading abyss of cliché jockism will go the same route as their minions. 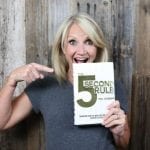 This One Brain Hack Backed By Science Will Change Your Life. Here’s How. 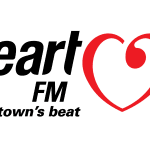 Your Guide to Effective Radio Advertising