Cape Town, Monday 31 July 2017: On Monday the 7th of August 2017, #Drive326 will welcome a new member to the popular afternoon drive show – well-known sports anchor Jeremy Harris. Jeremy is no stranger to the airwaves, he is one of the most experienced sports anchors in the country, who most recently completed an eight-year stint with competitor radio station KFM. 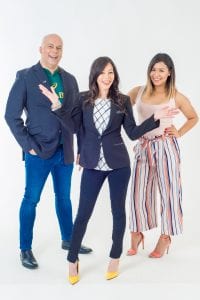 Jeremy also adds MC, guest speaker, television and commercial voice artist and brand ambassador for several blue-chip brands like Adidas, Taylormade, Speedo, Arabella, Biogen, Westin Cape Town to his impressive CV. He does not only present sport, he lives it. In his spare time he is a keen golfer, and has completed several long distance open water swims and Xterra off-road triathlons.

Denver Apollus Head of Programming says he is excited to be working with Jeremy. “I’m really chuffed to have Jeremy on board, he will inject some sports energy into the space and will be a great team player with Suga and Jo-Dee.”

Managing Director at Heart FM Renee Redelinghuys shares Apollus’ sentiments. “We look forward to Jeremy joining the Heart FM family. We believe that Jeremy is a perfect fit for the drive team and look forward to the new ideas and insights he brings.”

What is National New Friends Day? 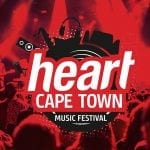